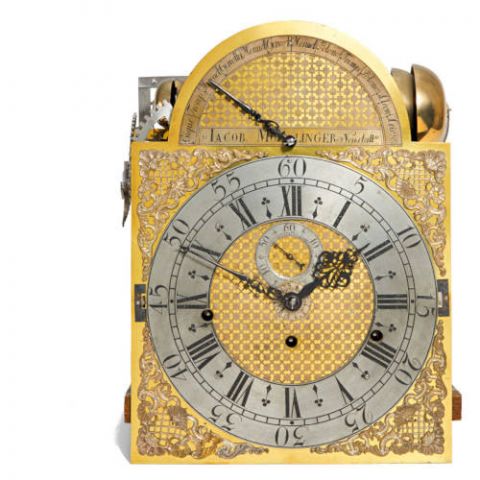 LARGE PORCELAIN FIGURINE OF A PELICAN EATING A CARP.

The pelican is a prime example for Kaendler's method. While trying to devour a fish, the large bird has tilted its head far back. The neck is curved in a dynamic movement, the eyes wide open. Every detail, be it the plumage, the scales of the fish or the structure of the skin of the throat bag, is carefully studied. Kaendler's depiction of a bird occupied with its prey, which he used again and again, combines the lifelike depiction of the animal with the demonstration of the modeller's artistic abilities. In fact, the existence of a pelican in Dresden's Tiergarten is evidenced by a picture by Matthäus Merian, which is in the Dresden Kupferstichkabinett. The depiction is titled 'a large pelican as can be seen in the Dresden royal fishgarden 1728'. It is therfore quite possible that a living example of the exotic bird served Kaendler as a model for his sculpture.