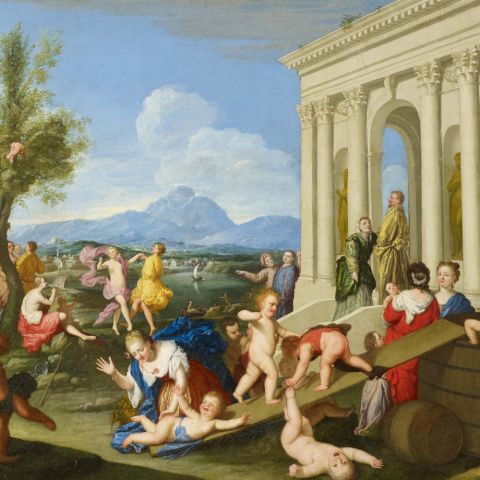 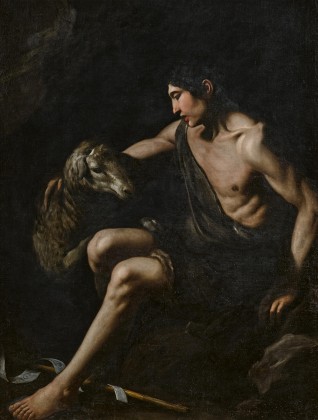 Do you wish to purchase Pietro Novelli and receive future offers?

Together with Antonello da Messina, Pietro Novelli is considered the most important
Sicilian artist of the Old Masters. Next to being a painter, he also worked as an
engraver, architect and military engineer. Novelli was trained in his father's workshop in Monreale, Sicily and was initially influenced by the local Mannerist art of painting of the Late Mannerism. After moving to Palermo, the young man turned to the art of Van Dyck, who stayed in the city to carry out various commissions between 1622 and 1624. Around 1633 Novelli was in Rome and finally in Naples, where he again changed his formal style inspired by the art scene dominated by Ribera and Massimo Stanzione. Through these impulses Novelli created his own personal style, which is characterized by a distinct dark lighting and a sensual brushstroke, reminiscent of Venetian paintings probably seen in Rome, but also of the works of Van Dyck.
This painting, which depicts the Infant Saint John the Baptist with the Lamb of God, is mentioned in the painting inventory of April 19, 1865 by Maria Carolina Ferdinanda Luisa delle Due Sicilie, Duchess of Berry by marriage, as "Monrealèse: Saint-Jean assis, caressing son mouton". This attribution was confirmed by Riccardo Lattuada, who states that it is a youthful work of the Sicilian artist.

We are grateful to Riccardo Lattuada, Naples, for confirming the attribution of the
present painting on the basis of a high-resolution digital photograph.