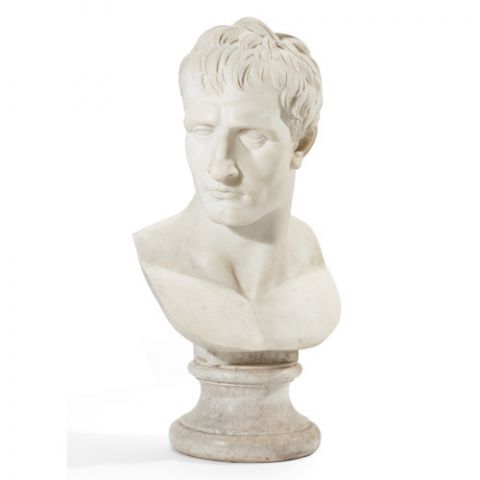 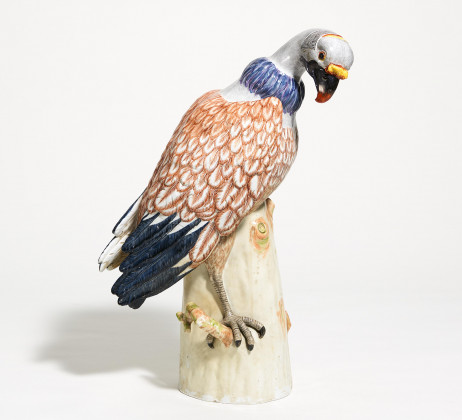 Condition Report
Add to favourites
Add auction date to the calendar
You want to sell an object of Meissen?"
Objects
Experts

Dresden in the 18th century owed its Europe-wide fame as a centre of courtly splendour to the elector Frederick Augustus I (1670-1733). 'August the Strong' had a distinct passion for collecting and was not only a patron and lover of the arts, but also an enthusiastic patron of science. His natural history cabinet was regarded as the most important collection of its kind in Europe and contained a large number of exotic animals. He financed expeditions, from which the researchers were to bring the 'most possible species of their animals alive or in skins and skeletons or even crushed' back to Dresden. Johann Joachim Kaendler had this extensive collection of partly living exhibits at his disposal when he was commissioned to design life-sized animal sculptures for the 'Japanese Palace'. Built in 1715 by Matthias Daniel Pöppelmann for Count Flemming, the palace was acquired by the elector in 1717 because the number of his collections and the scale of courtly festivities required more space. The decision to house the rapidly growing collection of Asian porcelains in the Palais was made two years later. Soon the possibility of exhibiting products from the increasingly successful Meissen manufactory there was also considered. A plan that soon took on proportions that required an extension of the facility, given the electors's love for pomp and circumstance. In addition to accommodating the existing collection, the plan also included the production of new, special cabinet pieces - to an extent that made it necessary to hire another modeller in addition to Johann Gottlieb Kirchner. In 1731, August the Strong chose Johann Joachim Kaendler, who quickly succeeded in demonstrating his extraordinary talent with porcelain as a material.
The German writer Johann Georg Keypler (1693-1743) describes in a travelogue from the year 1740 the plans for the new Japanese Palace. There it reads: 'The rooms on the top floor [.] are filled with nothing but Meissen porcelain [.]. Such is furnished with all sorts of native as well as foreign birds and animals of pure porcelain, in their natural size and colours, and of those pieces that are already finished one cannot admire the art and beauty enough.'
The extraordinary quality of the animal sculptures is remarkable, especially since they were Kaendler's first works for the manufactory. His particular talent lay in capturing a characteristic moment in the movement of the animal and reproducing it naturalistically, which gives the sculptures an extraordinary liveliness..